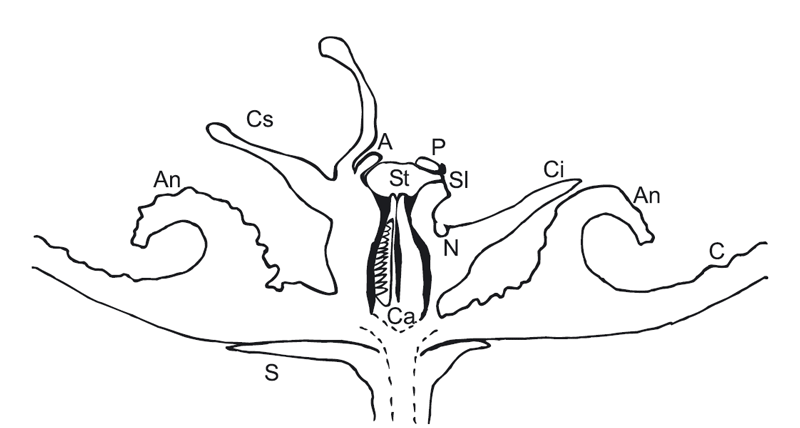 Stapeliads are succulents with beautiful flowers with a smell that does not match their beauty at all. Distributed mainly in Africa, a few species can also be found in Europe, and quite a few in Asia.

Their flowers are unique, not only due to the bizarre beauty, but also due to the unusual reproductive structures. Even the pollination mechanism has no parallel in the plant kingdom. END_OF_DOCUMENT_TOKEN_TO_BE_REPLACED 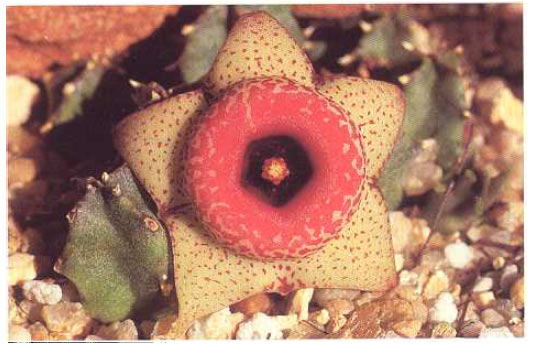 The group of plants known collectively as the stapeliads are stem-succulents which belong to the expanded concept of the family Apocynaceae. Formerly they were treated in the family Asclepiadaceae.

However, since this has been repeatedly shown to be nested within the Apocynaceae, they are now placed within the tribe Ceropegieae of the subfamily Asclepiadoideae of the Apocynaceae (Endress & Bruyns, 2000). Altogether they consist of about 330 species which are found exclusively in the Old World from near the southernmost tip of Africa at Cape Agulhas to the southern shores of Europe in Spain and eastward to Arabia and India. The easternmost area where they are found is in the dry region of central Myanmar along the great Irrawaddy River. Out of the total of about 330 species, nearly 180 are found in southern Africa, so that they are particularly well represented in this region. While this is a small number compared to the roughly 1 800 species of succulent Aiioaceae that occur in southern Africa, it is still significantly more than in many other groups of succulents.

The last detailed account of the whole group was that of Alain C. White and Boyd L. Sloane. This massive three-volume work of slightly less than 1 200 pages was published in 1937. White & Sloane grew many of these plants in their own collection in California and had an intimate knowledge of them.

The Southern African genera of the stapeliads